Home > Safety > What is Internet 'Grooming'? 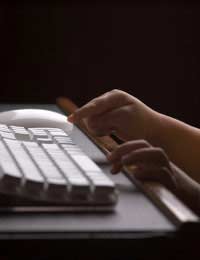 The media tells us that our children are at risk from being ‘groomed’ on the internet, but what does that actually mean, and how can we protect them?

What Does ‘Grooming’ Mean?

Grooming is the process of getting to know and befriending a child with the intention of sexually abusing them. Children have it drummed into them that they shouldn’t talk to, or go anywhere with, strangers so paedophiles often take their time to build up a trusting relationship.

Grooming doesn’t have to be online, but the internet gives paedophiles the anonymity to act more freely, and access to children who are not under direct parental supervision.

What Does ‘Grooming’ Involve?

The University of Central Lancashire recently published a study that sets out the grooming process followed by paedophiles online. Knowing this five step process could help you identify suspicious behaviour towards your child.

Friendship – Posing as another child a paedophile will befriend a target child on a child friendly website, flattering them into starting a private conversation (known as whispering in some chat rooms). They may also request a photograph.

New Best Friend – The paedophile will encourage the child into talking about their problems to create the illusion of being a trusted friend. Children are naturally trusting and will quickly respond to a new friend who has chosen them over the other children online.

Privacy – The abuser will question the child about where their computer is, who they share it with and how private it is. This is to assess the likelihood of being caught. Keeping the computer your child uses in a public space in the home will significantly reduce the possibility of a paedophile grooming them.

Mutual Love – The paedophile will build up a sense of mutual love, encouraging the child to share secrets and intimacies.

Sex Talk – The abuser will move from intimate conversation to explicit sex talk and encourage the child to send them sexually explicit photos. At this point they are likely to suggest meeting.

How Do You Protect Your Child?

Grooming doesn’t only happen to girls, and children of any age can be targets so make sure that you explain the risks to all your children. Most kids are aware of the existence of online predators but they might not recognise their advances as grooming if it’s happening to them.

Explain why they should be careful and keep a check on any new online ‘friends’. It’s likely that most friends they meet online will be innocent but it’s also better to be over cautious than to regret it later.

If you do suspect your child is being groomed report it to the site moderator or the police (or both) who can investigate. The nature of grooming does mean it can be hard to prove until explicitly sexual requests have been made. It is not a crime for adults to chat to children in chat rooms but it is illegal to do so with the intention of sexually abusing them.