Home > Skills > Could Your Child be the Next Bill Gates?

Could Your Child be the Next Bill Gates? 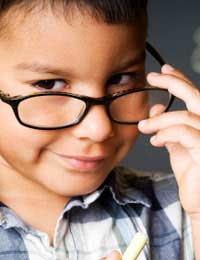 Every parent knows that their child is special. But when your child starts to demonstrate a talent in a specific area how should you best handle it?

Bill Gates was a gifted child, a precocious hacker, and a little like Mozart, got started early, writing his first computer programme aged 13. But if his parents hadn’t identified the young Bill’s talents and sent him to a private school known for intellectual excellence he would never have had access to the computer system where he got started. At a ‘normal’ school Gates would probably still have been an exceptional student but would he have become the Godfather of modern computing?

A Head Start Or A Hot House

There are many different tests to identify truly gifted children and separate them out from the merely ‘bright’. But whether your child is gifted, intelligent or just enthusiastic about computing you can encourage their interest from an early age.

From the age of 2 most children have connected the cause and effect between their actions on the keyboard and what happens on screen. By 4 most kids will understand what a mouse if for and the basics of how to use it. If your child is way ahead of his/her classmates at this stage you might need to brush up on your own computer skills or you’ll soon find that their knowledge far outstrips yours.

It’s worth remembering that although Bill Gates got started early for his time he still didn’t get to grips with a computer till he started school. Don’t try to force your child to learn if they aren’t ready or you may inflict lasting developmental damage.

One of the definitions of gifted children is that rather than knowing the answers to questions, they are the ones asking them. They are endlessly curious and engage physically and mentally with whatever challenges are put in front of them.

Bill Gates’ early experiments in computing landed him in trouble when he hacked into the computer system and changed program files, security settings and crashed the network. This doesn’t sound such a big deal now but in the late 1960s, when home PCs were still a thing of the future, it was huge.

A gifted child will constantly try to push the boundaries of what they know and what they think is possible. You may find if your child is a budding computer programmer that they stray into illegal territory. Try to explain to them the consequences of their actions and guide them in the right direction – but you will have to accept that they are probably dealing in areas way beyond your comprehension.

Bear in mind that Bill Gates was born in the right city at the right time to grasp the possibilities of computing with both hands. It’s hard to see that there is room in the computing world for another Bill Gates, or that there is another idea out there that will so totally revolutionise the way we use computers.

Your child might have the most unique mind in the last century but he or she probably won’t become the world’s richest person. As a parent, your role is to try to make sure your gifted child is broadly stimulated, and happy.

Learn Computer Skills from Your Child

Computer Games That Are Good for Your Child

Teach your Kids the Computer Basics