Kids and Computers in Developing Countries 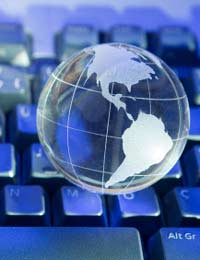 Not surprisingly children in developing countries generally do not have access to computers. Neither do they have access to clean running water or reliable electricity so historically computers have been low down the priority list for aid organisations. But is this lack of computer literacy widening the gap between our technology obsessed youngsters and children in developing countries?

Increasingly we use computers in every area of our lives and they can provide great opportunities for business and social change. The lack of computer literacy in developing countries might be creating a barrier to learning that further distances them from the modern world.

In the last few years a couple of programmes have launched to try to redress this issue by providing low cost computer equipment for schools in developing countries. Standard computer equipment is virtually worthless in this situation as often power supplies are erratic, people live more nomadic lives and temperatures can fluctuate massively.

Philanthropic computer designers have worked on the problem to design solar powered and wind up wireless laptops that are sturdy, heat proof and child friendly. They cost less than £100 per computer and the idea is that computers and aid organisations will buy them to give to children who would otherwise never experience using a computer.

These computers run on open source software and can be networked so children can talk to friends in neighbouring villages. They include simple programming tools, graphics and other applications all designed (along with a smaller keyboard and lighter keys) specifically for use by children.

So far these child friendly laptops have taken off slowly. It’s hard to persuade a school that has no writing materials that they should buy computers, however cheaply. Aid organisations are committed to feeding and clothing the population rather than bringing them technology.

There are also concerns that maybe we shouldn’t be introducing computers to people who have so far lived without the levels of connectivity we take for granted. We often think nostalgically of the days before our children were permanently attached to their mobile phones or linked to friends via instant messenger, should we import that into communities who haven’t had the benefit of seeing it evolve?Introducing computers to children in developing countries is an inspired idea that could bring these children in touch with their peers world wide, but it’s an idea that comes from the belief that computers are our future. Many communities in developing countries resist the influence of richer nations. A good education is more about learning to farm or fish than learning how to draw simple graphics using open source software.

Social Networking and What it Means for Your Child